(From the Portland Tribune archives)
dated Dec 24, 2002, updated Oct 30, 2009)
"On the 10th floor of Meier & Frank's downtown Portland, Oregon, store enterprising Santaland travelers under 51 inches tall can ride the Louden Supertrack monorail for a ceiling's eye view of the festivities. It's been whisking children above Santaland for 50 years and is thought to be the only survivor of 26 such conveyances built in Fairfield, Iowa."

--
This is the monorail that ran around the ceiling on the 10th floor of the Meier & Frank Department Store as part of Santaland until 2005. This video was shot in 2005, the last year the monorail was operational. 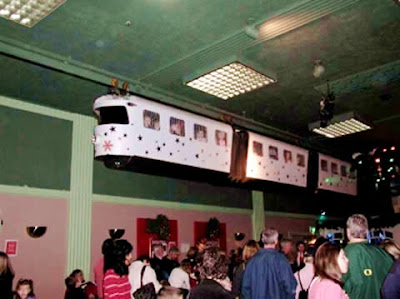 From Portland, Oregon, here's the story:

Beginning in the 1950's, the 10th floor of the downtown Meier and Frank Department Store was the home of a kiddie-sized monorail which circled its ceiling. The monorail, the only one still in service from 26 similar Louden Supertrack monorails built by an Iowa company, has been thrilling children for more than 50 years.

In order to ride safely, children may be no taller than 51 inches. They also need to be self-sufficient, as adults are not allowed on the monorail platform. Because of the sale of Meier and Frank to the May Company, 2005 will be the last year for Santaland.

More department store monorail nostalgia here and here. And from this page, a terrific comment:

Also disappearing will be my favorite secret hangout in all of Portland: the 9th floor "gallery" of Meier & Frank. An entire floor of comfortable couches and beds staffed by ZERO salespeople. I can't tell you how many hours I've spent up there hanging out with friends and even the occasional mellow date.

I was just up there last weekend for about three hours. Even on a busy holiday Saturday, the floor is just deserted and you can spend time conversing and relaxing with friends, secluded and comfortable in the middle of a busy downtown.

It's been one of my favorite places for about a decade, but I guess it will be gone soon :(

The Louden Machinery Company constructed the material handing devices for the manufacture of atomic bombs in Oak Ridge, Tennessee, as well as inventing the first Automatic Drinking Cup for Cows.
Posted by Next Stop...Decatur at 6:08 AM 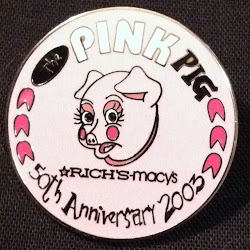 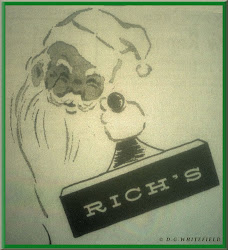 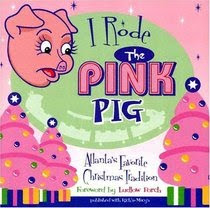 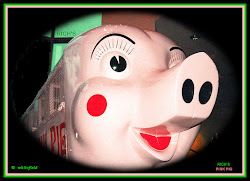 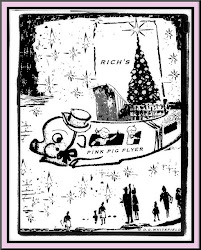